June 7th. Well the first ride in June was the 100k Reliability ride and the weather was good! Starting at the Range and finishing at ‘Owd Betts’ we went through Bury, Bolton, Horwich and past Haigh Hall to the Tea Rooms at Rivington for a café stop. From there the climbing really began, going over the hill to Belmont and  left through Abbey Village to Feniscowles, Lower Darwen, Edgworth, Tottington, Ramsbottom and Edenfield before climbing the hill and finishing at Owd Betts. With 5,500 feet of climbing over 100k, this was a very tough ride! 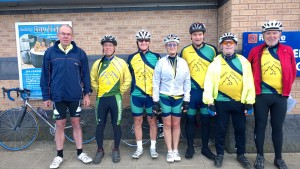 The ‘Team’ ready for the off! 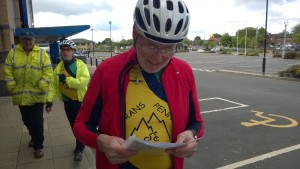 Eric H having a last minute look at the route. 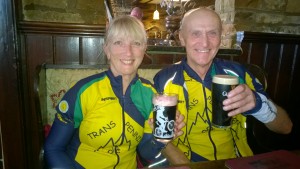 Nicole and Eric R having a well earned pint at the finish. (There wasn’t much smiling going on before the finish!)

June 14th – With a lot of the regular riders away, there was a small turnout with a new rider joining us for a shortish ride up Blackstone Edge, down Cragg Vale, through Mytholmroyd, Hebden Bridge to Todmorden for the café stop followed by a leisurely ride back down the valley to Rochdale. Total distance : 30 miles.

June 21st – Being the longest day of the year, we had planned a good long ride to Ribchester for the café stop but, as is becoming the norm these days, the weather wasn’t good so we had a quick discussion and decided to postpone the planned ride for something a bit shorter. Going up the valley through Todmorden to Hebden Bridge, turning up Cock Hill as far as Pecket Well and then though Old Town, Midgley and Luddenden towards Halifax and Sowerby Bridge for the stop. After lunch it was a straight climb up through Ripponden and back down Blackstone Edge. Total distance : 43 miles. 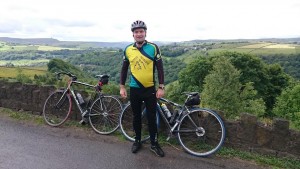 Chris on Midgley Road with Stoodley Pike and Heptonstall in the background. 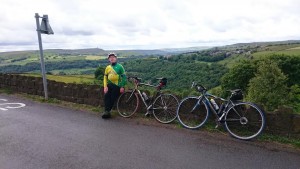 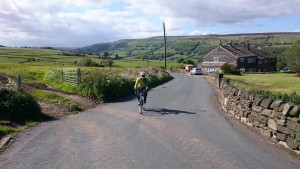 Steve making the most of the sudden change in the weather. 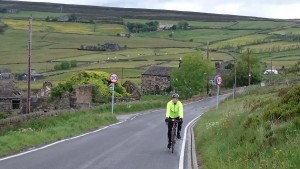 Chris leaving Old Town on the way to Midgley.

June 28th – We had half decent weather for a change so decided to combine the Ribchester ride with Steve C’s 70th and a bit Birthday Bash. There was the option to go via the Nick O’Pendle or take a more direct and less hilly route to Ribchester which divided us into two groups. We all arrived at the café at almost the same time which made for a bit of a party atmosphere! 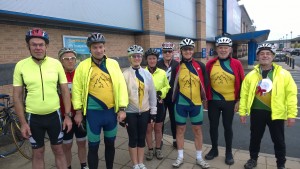 At the Range ready for the off with Steve wearing his badge of honour! 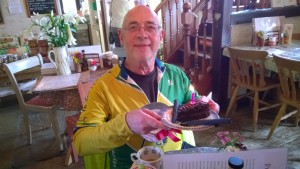 Steve with his birthday cake. They couldn’t find a cake big enough to put 70 candles in.

After the unexpected ‘party at Ribchester we set off in two groups with the intention of meeting up at Owd Betts before going to Millcroft Tea Gardens for the real ‘Birthday Bash’. The faster group managed a couple of pints of the black stuff and then went to the tearooms whilst the slower group, after a minor route error which involved a rather vicious climb, went straight there. 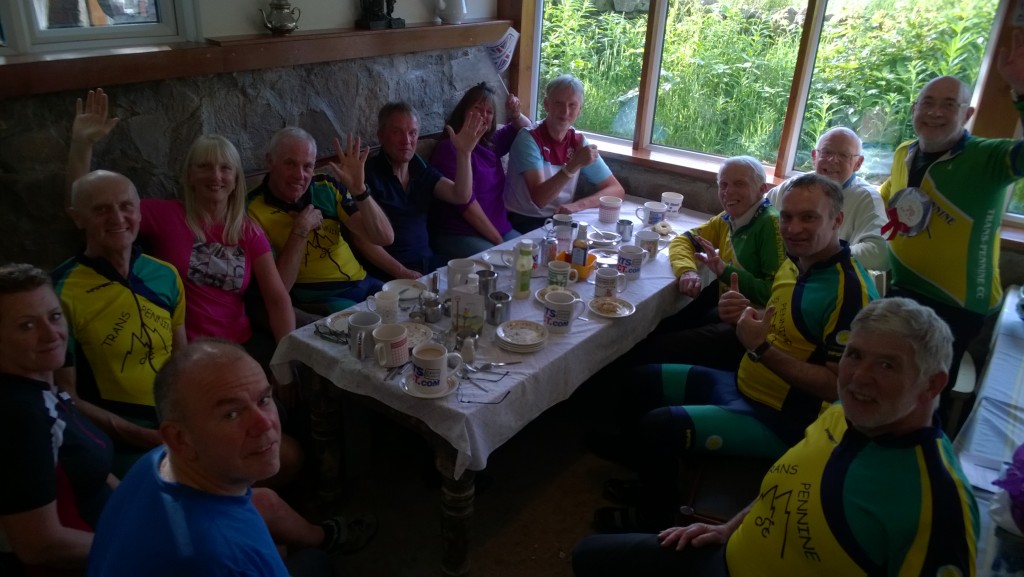 Chip butties followed by scones with jam and cream all washed down with pints and pints of tea.

After this slap up feast we were treated to a recital of ‘Albert and the lion’ by the Trans Pennine Players.How do you diagnose men health problems 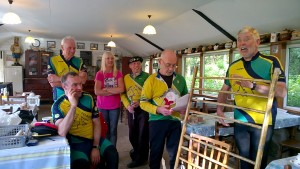 The lion shows his teeth! 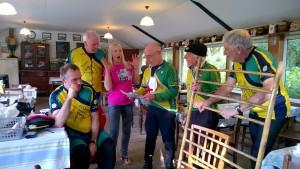 Mrs Ramsbottom over acting as usual!