July 5th – The weather was good for a change, cloudy early on but sunshine later. We followed the Walter Pilkington sportive route through Bury, Ainsworth, Egerton to Vaughn’s Country Café at Tockholes were we stopped for lunch. Having split into two groups, the faster group were just leaving as the others arrived.

From the café we went through Darwen, over the moor to Haslingden, Edenfield and over Owd Betts back to Rochdale. Total distance – 47 miles.

July 12th- Another decent day with only a slight threat of rain saw us take on ‘Phil’s Folly’ also known as the ‘North West Passage’. This regular favourite goes through Todmorden, Burnley, Barrowford, over Greystones, Gisburn and through a lot of country lanes to Waddington for lunch. 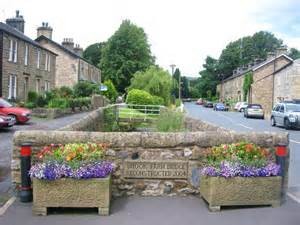 The medieval village of Waddington

Again, having split into two groups, the faster group was just leaving as the others arrived. From there we came back through Whalley, Painter Wood, Haslingden Moor, Edenfield, up the hill to Owd Betts for the obligatory pint of the black stuff  and then back to Rochdale. Total distance 76 miles with 5200 ft of  ascent – HARD RIDE!

July 19th – ‘Eric’s Epic’. There’s always a choice of starts for this ride, the full ride from the Range is 75 miles and from Clough Head car park it’s 40 miles. We set off from the Range at 9.00 am to meet up at the car park at 10.30 am and found the other group sat having a coffee. We all set off together from there but soon split into two groups and made our way towards the lunch stop at Rivington Tea Rooms. However, all our plans were shot to pieces when we arrived at Belmont Village and ran into the Bolton Ironman Triathlon competition which we watched for a while giving the second group time to catch up with us. 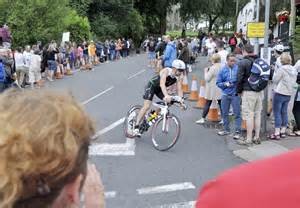 It was good to watch them for a while but they were coming down the road we wanted to go up!

So, with all the local roads being closed for hours, we had to change our plans and retrace our steps for a while before going to the Jumbles Country Park café for lunch. From there we made our way back over Owd Betts and had what is rapidly becoming the usual, pint of the black stuff before going back to Rochdale. Total distance 56 miles but those who went by car to Clough Head about 30.

July 26th – The plan this week was to do a circular route to Blackpool but, with rain forecast for late morning, we set off with the intention of cutting it short as soon as the rain arrived. We had a very early start – 8.00 am – and went through Edenfield, Haslingden, over Blackburn Moor, Wilpshire, Ribchester and got to the far side of Longridge before the sky went very dark. With the rain fast approaching we beat a hasty retreat to Ribchester where we stopped at one of our favourite  cafes for lunch. Just in time! It soon started to poor down so after lunch we retraced our steps back to Rochdale. Blackpool will have to wait!
Total distance 68 miles, half of which were cold and wet.Must-Know Facts About Medicine Costs and Spending 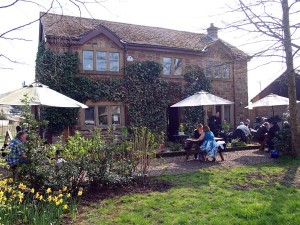 The rear view of the café-if only the weather had been like that for us. 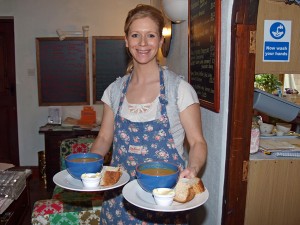